As a Halloween special I’ve put together a list of the top-10 CV horrors that I’ve seen so far this year, along with some advice for candidates. 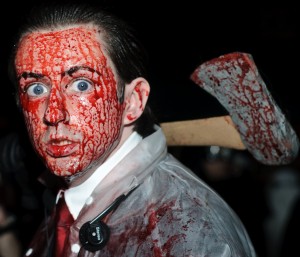 I received one CV this year where the photo the candidate included was even scarier than this.  Unless you are applying for a part in a film, there is no good reason to include a photograph.  You never know what assumption the recruiter will make when looking at your picture, so don’t bother including one.

I like a nice positioning statement at the top of a CV, but it’s important to make it appropriate to the job you’re applying for.  My favourite of the year was a headline of “Intelligent graduate looking to achieve a rewarding career as an Animal Technician”.  I was recruiting for a telesales job.

3. Including jobs where you didn’t last long

Just last week I received a CV from someone who had worked at a local Clarks store from 18th -24th June 2013.  There can’t possibly be a positive story to come out of those 7 days, so my advice is leave these out.

I had someone this year who worked at a previous company from January 2011 to March 2010.  This isn’t that much of a horror, but it shows a lack of attention to detail on your part. 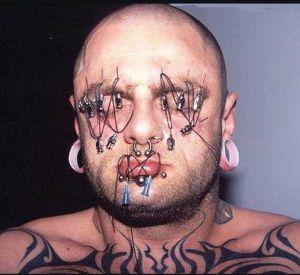 I like to see a couple of lines on your hobbies, but there are some I don’t need to hear about.  Earlier this year I was sent a CV that said “my main hobby is body piercing.  I have 62 piercings in total, including 6 on my scrotum and 2 on my penis”.  That’s way too much detail for any job application process.

7. Assigning RANDOM CAPITAL LETTERS to things does not make them sound more Official or Important

It just makes you sound illiterate, which isn’t great when this is an editorial job in publishing.

Well it is actually, but not in bigger-is-better sense.  If an experienced CEO on £250k a year can keep it to 2-pages then you can too.  Remember that your CV is supposed to be an overview that is tempting enough for me to invite you to interview.  My record for 2013 so far is a 3-page covering letter, followed by an 8-page CV.  This particular applicant only finished university in July, so I have no idea how he managed to squeeze 11-pages worth of relevant stuff into his life.

Cover letters are important, and I don’t expect candidates to start from scratch every time, but they should be bespoke for the job you’re applying for.  They’re especially annoying when you’ve forgotten to change it from the last job you applied for.  I received one this year that started with the line “Dear Barbara…..” and went on to say things like “I’ve always been good with children, and I know I could be an asset to this year’s summer school” 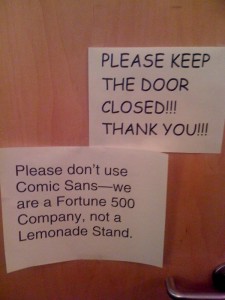 Earlier this year I received a CV for a creative (designer) role that used Comic Sans throughout.  Unacceptable!